It’s been ages since I’ve had the time to sit down and write. I won’t get into the “woe is me” game, but finishing off the semester of teaching has been incredibly busy amongst making exams, marking exams, practical exams, marking final projects, year-end meetings, more research for this trip, and trying to pack everything (TWICE).

Our fearless leader did a great job of getting us an extra weight allowance for our baggage, but forgot to mention that the limit per piece was 23 Kg. Chris and Kurt had meticulously packed the hard-style Pelican cases, but to a weight of 35 Kg! So, yesterday (the day before we leave) was spent repacking. We even had to buy more cases. “What could go wrong”. So another long day of logistics, but we go everything sorted. He did make up for it, or rather Cathay Pacific made up for his omission, bu granting us access to their lounge in Hong Kong during our 12 hour stop over. In the end our shipping manifest includes:
12 Pelican Cases
6 Barrels
3 Duffels
1 Suitcase

Last night was family night for everyone with kids and wives, plus a lot of last minute things (some still had to pack personal things). We had an amazing dinner of crepes and a dessert of more crepes (thanks Ady). My girls were in fine form (tickle fights, laughter, stories) and my wife was asleep by 8:30 (sorry babe). I was up until midnight and then didn’t sleep anyway.

An early alarm and at the lab to pack up the trailer and van (thanks Queen City Transportation Ltd.) and we were off. It’s noon now and we need to be at the UBC hospital MRI for the afternoon having a few more brain scans prior to departure (hopefully they’ll fill with knowledge while we’re away- Glen will jump in with some of the details on this experiment at a later date) and then we’ll be off to the airport to check-in all this luggage. Departure is at 2:00 a.m. and 13 hours later we’ll be in the lounge in the Hong Kong airport. 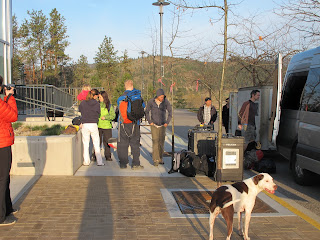 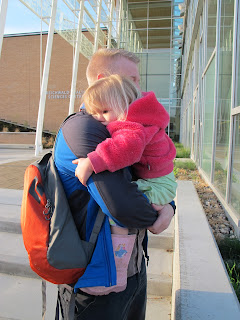 
WHAT COULD GO WRONG

Arrived in Vancouver with no troubles. We dropped the MRI clan off and then a few of us had some time to kill. I met up with my good friend Peter Williamson, whom I haven't seen in years. He's my go to guy in Vancouver when it comes to cuisine and he didn't disappoint this time. Great sushi and great conversation.

We managed to get to the airport and unload all the gear. Ronald from Cathay Pacific was a champion! He sorted us out, got us our own agent and facilitated the check-in without a hitch. We were "joking" earlier in the day about having to say some nice things about the airline as they've given use the overweight and extra baggage limits and access to the lounge in Hong Kong, but so far they've been bang on. Handling this motley crew is difficult at the best of times, let alone with all our gear in the mix too. I'm flying with them again (if I'm ever allowed to go on holiday again). 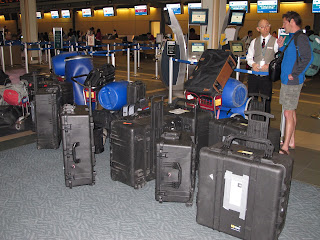 A bunch of our stuff getting ready to be checked 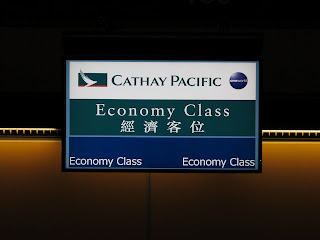 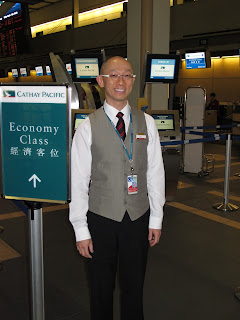 Ronald is the Man


The next post and photos will be from the lounge in the Hong Kong Airport!